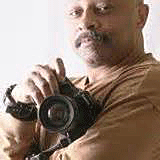 Thank you for visiting my website.  My name is Harold Tyson and I live in Rock Hill, SC.  I’ve worked with RxMuscle .com as a contributing photographer since 2012.

My love for photography began when my mother bought me a Polaroid Swinger camera for my 12th birthday.  With her being a single parent of two boys, and the film for that camera being pretty expensive, when the two packs of film she purchased along with the camera ran out, I had to use my imagination for the photos I was making with my filmless camera.  But, I loved being a photographer!

As a sophomore in college, I worked a semester as a co-operative education student at an oil refinery in Richmond, CA.  While there, one day I went into a Brooks camera store and found a 35mm camera that I liked.  I called home and asked my Mom for permission to buy the camera.  She said, “Boy!  You’re out there making your own money!  If you want to buy that camera, then you buy it!”  (imagine smiley face emoticon here)  Two days later, I bought the camera.  Thus began my foray into SLR photography.

When I got back to college the next semester, I found that without the income of working at the refinery, I again couldn’t afford film for my camera.  A friend suggested that I go to work for the campus newspaper.  “You get free film, you’ll learn to develop film, and use of the darkroom and the chemicals is free!”  DING! DING! DING!  After two semesters with the paper, I was elected chief photographer.

In 1997, I started working with a small Charlotte newspaper as a contributor.  I continued in that capacity for about 6 years writing articles and photographing various community events, political events, feature articles, and high school, college, and professional sporting events.

Since 2009, I’ve covered practically all of the North Carolina and South Carolina NPC regional bodybuilding competitions and in 2014 I was the official RxMuscle.com photographer for the National-level NPC Junior USA Championships.
Along with photographing bodybuilding competitions, I also do private fitness photography sessions.  I’ve done photo shoots internationally and I’ve been published internationally and in American print magazines.
Now you know my story.  Please check out my photographs.  I hope you’re inclined to contact me to book a photo session.
Best wishes.  Take care.  Stay focused…
Tyson